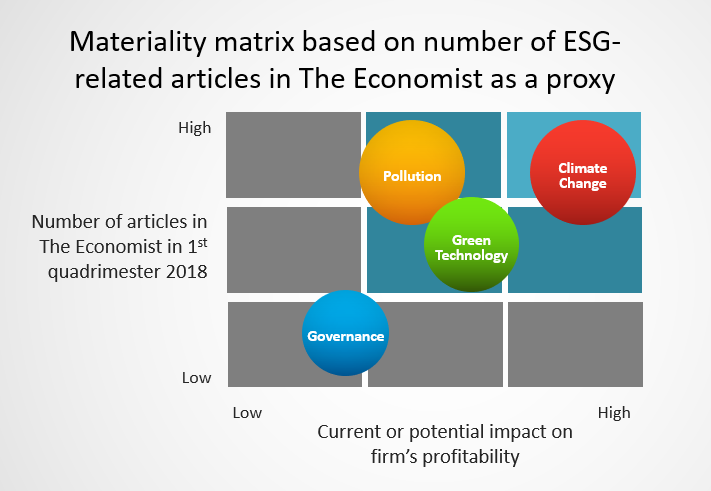 Digging through the first four months of The Economist for relevant ESG-articles, I thought it would be nice to group the articles and see which groups get the most coverage in this highly regarded newspaper. My effort in the form of a Materiality Matrix is shown above, with the number of articles per topic on the Y-axis and the – debatable – impact on a firm’s profitability if this topic is not tackled by its management, on the X-axis. If The Economist can be used as a guide, the topics that should be covered by your organization are thus governance, green technology, pollution and climate change.

Some interesting snippets taken from the articles can be found below, grouped per topic. (Almost all quotes are adopted directly from The Economist).